Skip to content
You are here
Home > golf > WTF is going on with Tiger Woods? – Arrested on DUI Charges

Tiger Woods has been arrested on a DUI charge. Orlando Ramirez-USA TODAY Sports

Tiger Woods was arrested Monday morning in Jupiter, Fla. for driving under the influence of alcohol, per WPTV 5 in West Palm Beach. 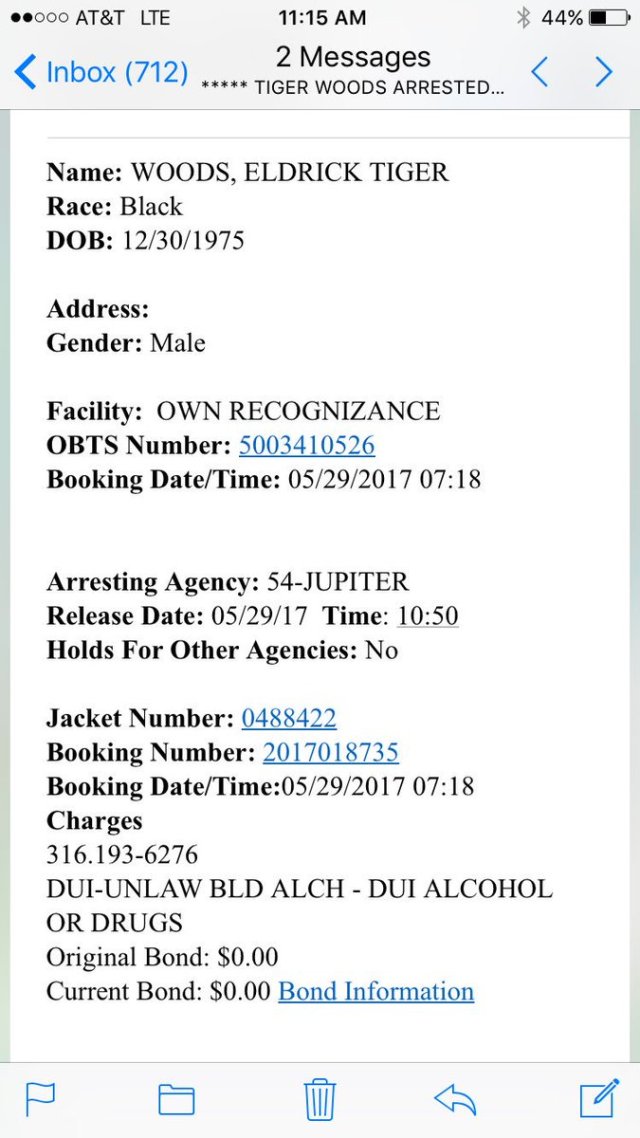 Per the report, Woods was taken into custody at around 3:00 in the morning. He was driving on Military Trail South of Indian Creek Parkway. According to police records, the golfing legend was released from Palm Beach County Jail just before 11 a.m.

This is the first big negative incident for Woods since his 2009 cheating scandal broke — a scandal that began with a car crash in his Windermere neighborhood.