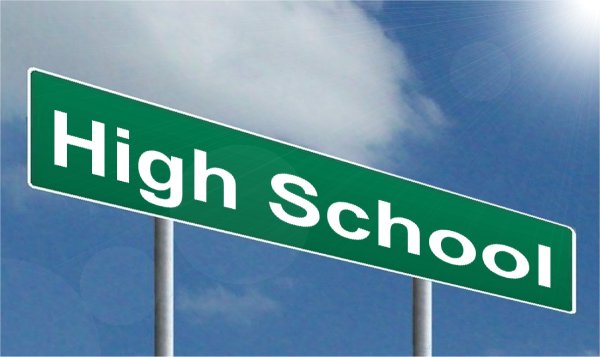 Bobroczky is also only a freshman in high school at Geneva, Ohio’s SPIRE Institute. He’s a bit older for a freshman because he’s a native of Romania where he lived until he was 14, and then played basketball in Italy for two years before moving to America.

On Thursday night, Bobroczky made his American high school debut for the SPIRE Institute varsity team, and Max Preps was on hand to get some video of him in action:

You immediately notice that, along with being so tall, Bobroczky is very skinny. He was already seven-feet tall by the age of 12, and his weight hasn’t been able to catch up to his height. He’s very aware of the need to put on weight, and is making a determined effort to do so, as he explained to MaxPreps:

“I’m mostly trying to get my body stronger and better,” Bobroczky said. ”I’m eating 4,000 calories per day and want to weigh between 220-230 pounds by the end of this season. I’m also working on my speed, mobility and every part of my game.”

Bobroczky is already taller than anybody in the NBA, and is the second-tallest basketball player in the world, behind only 7’8″ English pro Paul Sturgess (a former NBA D-League player). He dreams of playing in the NBA and studies film of Yao Ming (7’6″), Tim Duncan, and Dirk Nowitzki. He’s a student of the game and is a great student in the classroom with a 4.0 GPA (and is fluent in four languages).

“Robert has a great mid-range shot for his size and can also step out and hit 3-pointers,” Bossman said. “He has great hands, passing ability and a soft touch around the rim. He has the body, intelligence and skill set to be a pro one day. He’s not even close to reaching his potential. But the thing that separates Robert from others is his strong work ethic. The kid just wants it.”

A 7’7″ dude being able to step out and drain threes is a pretty crazy thought.

Bobroczky obviously has a long way to go — particularly with his weight and strength, of course — before he’s ready for any sort of professional career. But, he clearly’s aware of where he needs to improve and seems to have the work ethic to try to make it happen. It will be very interesting to see where his game and body frame are at over the next few years.